We’ve been life and business partners for over 25 years. You know how everyone says “You’ll never meet anyone nice at a bar!”. Yeah, we met at a bar! Anyone who lived in Oakville or Burlington back in the day remembers “The Pig and Whistle”. It was a local landmark that had been around FOREVER!

We’d been going out a few weeks when Jeff was out with a couple of friends and they were asking about the new girl he was dating. Well… he happened to look up at the TV to see me on the episode of Crime Stoppers that was airing. The jewelry store I worked at had been robbed and there was live footage of me running after the thief in my high heels. It’s not every day you can point to a TV and say “that’s her!” about someone you’re dating. 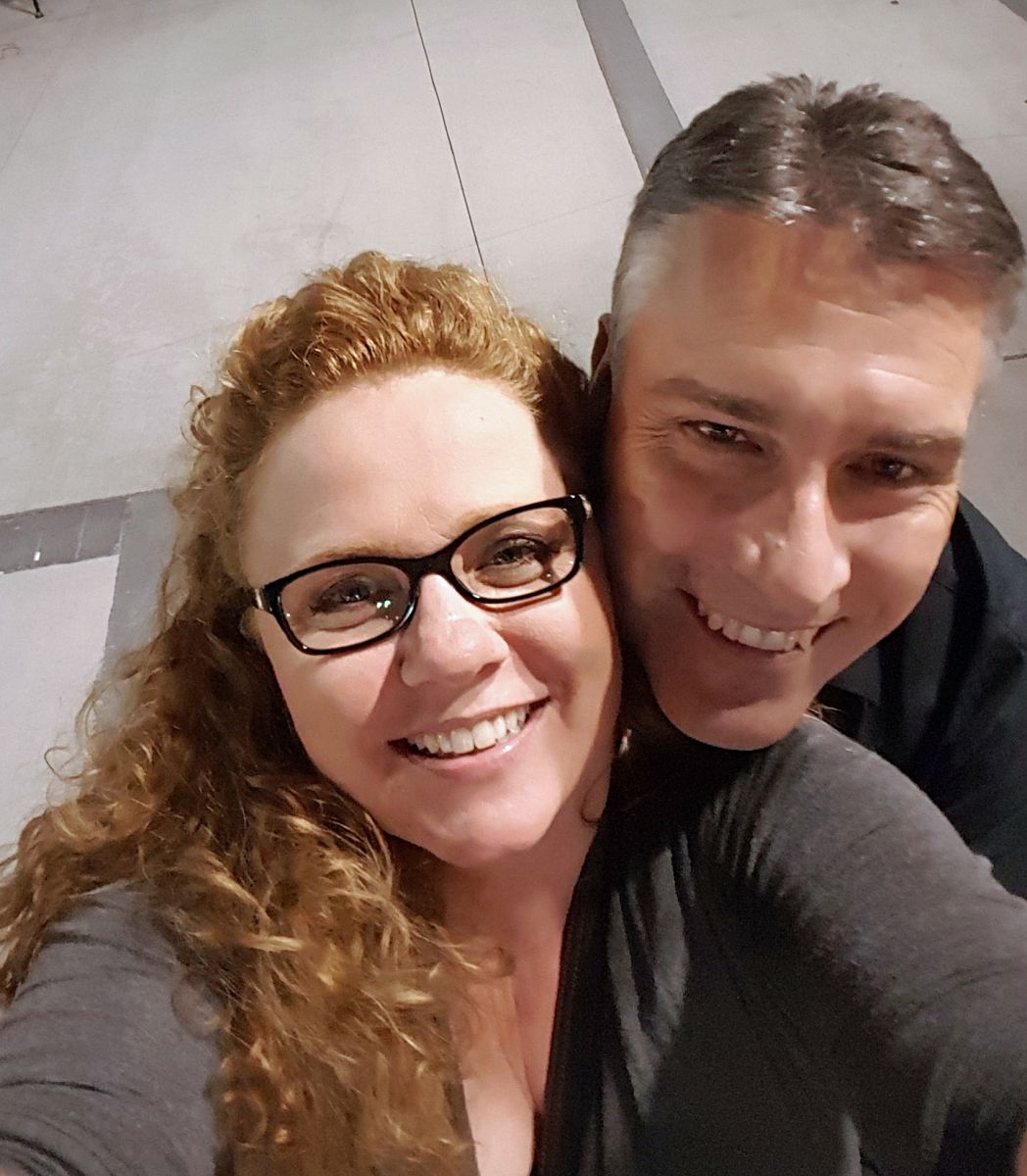 I was a gemmologist at that time, but come from a real estate family. My Nana became a Realtor in the 1980s while she was in her 50s. She was making the transition from owning and running an apple orchard and fruit stand with her husband to helping people buy and sell homes. It was a big deal in their small town and was something she had always dreamed of doing.

I eventually answered the real estate call. I was working at an outside sales job that I had no passion for. I wanted to do work that fulfilled me.  Something that made a difference.  I’d tagged along with my Nana as a teenager plenty of times when she was a Realtor and really enjoyed it.  I got to see firsthand the impact she had on people’s lives and how much she loved what she did. It seemed like a natural fit! Besides, it gave us a ton of flexibility to raise our growing family. And if you’re a parent, you understand how important flexibility is!

Eventually, Jeff joined in as well and it became our little family business. I got registered in 2008, and Jeff in 2015. That’s when The Osborne Team was created!

We’re facing the same questions as you are. Our kids are both adults now and are embarking on their own exciting journeys. We’re looking at our own home and wondering how much longer we’ll need the extra space inside and out. How different would our life look if we “simplified” things? Mobility issues have us considering the appeal of one floor living.

So, we understand how you’re feeling. That’s why we love what we do and we love who we get to do it with.  Houses are so much more than bricks and mortar.  There is so much meaning and emotion tied to someone’s home. We’re honoured each time we get invited to be part of someone’s journey.

Getting texts from couples, months after they’ve moved into their new homes telling us how much they love their new home and that they “wouldn’t be here if it wasn’t for us”, or the single Mom right after she found out that the house was officially hers excitedly saying “I can’t believe we did it!!”. This is what it is all about. We’re all part of the same team, with the same goals and it feels pretty darn great!

This website is operated by a brokerage or salesperson who is a member of The Canadian Real Estate Association.

The listing content on this website is protected by copyright and other laws, and is intended solely for the private, non-commercial use by individuals. Any other reproduction, distribution or use of the content, in whole or in part, is specifically forbidden. The prohibited uses include commercial use, "screen scraping", "database scraping", and any other activity intended to collect, store, reorganize or manipulate data on the pages produced by or displayed on this website.